Up Against the Wall: Steelhead and the Carmel Lagoon Ecosystem Protective Barrier

There’s been some uproar lately over the plan to build a flood barrier in the Carmel River Lagoon and people have been asking on social media and elsewhere why anyone would propose to place such an assumed-to-be-ugly wall along the northern margin of such a beautiful wetland. A better question may be whether we can find a way to live our lives that doesn’t prevent steelhead from living at all. Either way, it’s a long story… END_OF_DOCUMENT_TOKEN_TO_BE_REPLACED 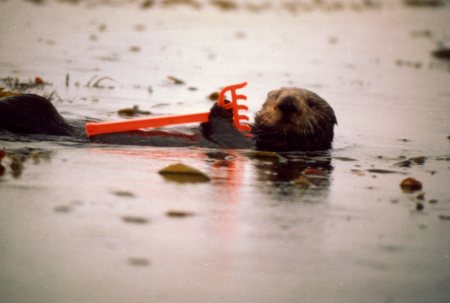 One of the great things about living next to the ocean is that it makes it easy to get rid of sewage, trash and pretty much anything else you don’t want. And while the East Coast tradition of simply hauling municipal garbage out to sea on a barge and pushing it overboard never caught on here (something to do with the prevailing onshore wind, no doubt), Moss Landing’s Monterey Bay Aquarium Research Institute (better known as MBARI) now tells us that Monterey Bay is nevertheless awash with trash.

END_OF_DOCUMENT_TOKEN_TO_BE_REPLACED

From the Vault: The Carmel River Mouth in the 1940’s

This view of the Carmel River Lagoon with a “Carmel Meadows” free bluff in the background has  “Laidlaw Williams 7 Sep. ’47” sketched in tiny print along its margin. END_OF_DOCUMENT_TOKEN_TO_BE_REPLACED

Last year we posted some photos from the set of  Zandy’s Bride – filmed at Andrew Molera State Park in 1974. The picture, starring Gene Hackman and Liv Ullman, was based on the book The Stranger in Big Sur, by Lillian Bos Ross. The set was constructed on the coastal terrace near the mouth of the Big Sur River.

As there’s been quite a bit of interest in the first batch of photos, we’ve now ventured deeper into the archives and uncovered some additional images …

Pedestrians to Be Allowed to Cross Rocky Creek Slide 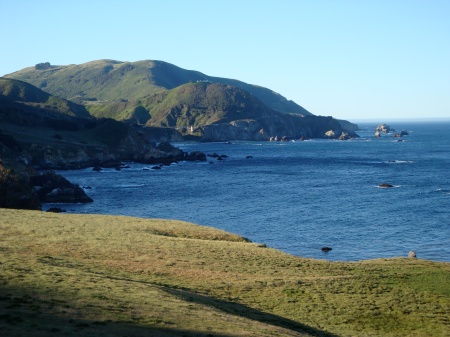 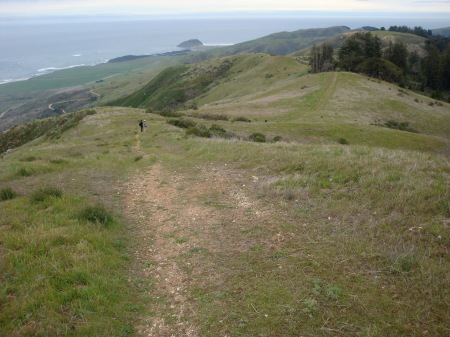 “Hell, that’s not a slide … let Ed the mailman fix it.” Walt Trotter at the controls, 1971 (Photo by Sterling Doughty) END_OF_DOCUMENT_TOKEN_TO_BE_REPLACED

Pedestrians & the Highway One Slide 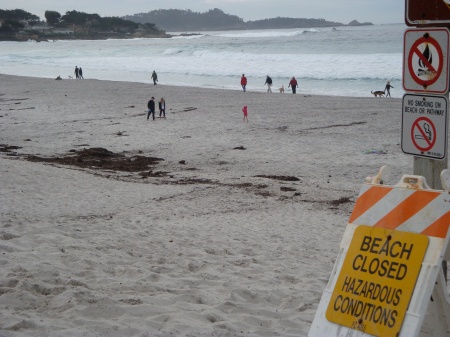 Reminders that our society is becoming ever more authoritarian and ever more eager to constrain our activities “for our own good,” seem to be everywhere. One day it’s harassing people while they try to protect their homes from a wildfire, another day it’s attempting to close the beach when bad weather is forecast. Now comes the blanket ban on pedestrian traffic past the Highway One slide. END_OF_DOCUMENT_TOKEN_TO_BE_REPLACED

A Return to Normalcy

What with earthquakes, tsunamis, and a multiple reactor nuclear disaster unfolding, it’s been a rough week on planet earth. So it’s nice to know there are still some things we can count on. Things that never change. Things like Highway One in Big Sur randomly slipping into the ocean. END_OF_DOCUMENT_TOKEN_TO_BE_REPLACED 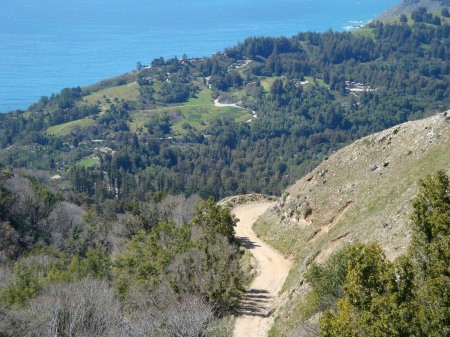 These numbers ought to help to assuage the fear, expressed by some, that government land acquisitions are reducing Big Sur’s population and housing stock, and threatening its survival as a community.