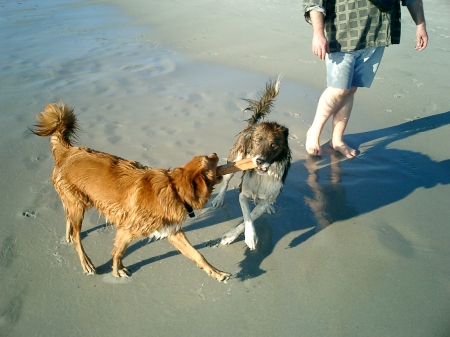 The end of an era

The City of Carmel announced today that dogs have been banned from the Carmel Beach effective immediately. The ban is the result of a determination that the sound of barking constitutes a public health emergency. While monitoring of decibel levels near the beach has failed to find any instances of barking that exceeds government noise standards, the City believes those standards aren’t strict enough and that Scenic Road residents, in spite of having bought property next to a public beach, simply can’t be expected to put up with the sound of dogs frolicking in the surf and chasing each other in circles on the sand.

“Even extremely low levels of noise can be detrimental to physical and emotional health,” says a City spokesman, “and people living in multi-million dollar homes seem to be particularly vulnerable. Now that we’ve learned about the impacts of noise, we can’t pretend we don’t know how harmful it is. ”

Dogs are banned from most beaches in California and this has led to a gradual increase in the number of dogs visiting the Carmel Beach. While noise has only recently emerged as an issue, many Carmel residents have been complaining for years about an increase in visits by mangy mutts from outside the City of Carmel.

“I know it’s not politically correct to say this,” warns a member of the City Council, “but 70% of the dogs on the beach these days are not purebreds from the City of Carmel. These outside dogs just don’t have enough respect for the sensitive feelings of our residents. They just aren’t our kind of dogs.”

“Just to be clear, though,” interjects another member of the Council, “that has nothing to do with the decision to impose a ban. The ban is only because of the extreme public health emergency being created by barking.”