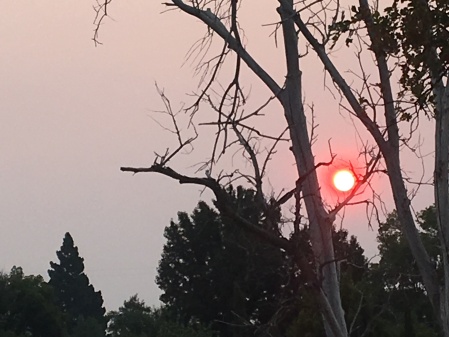 Only nine months ago, winds gusting to 60mph blew the Tubbs Fire across miles of Napa, Lake and Sonoma Counties. The fire effortlessly crossed a well-maintained 100-foot wide firebreak to enter and decimate the upscale Fountaingrove neighborhood, then drove deep into the City of Santa Rosa – eventually destroying about 5% of the housing stock in a city with a population of over 175,000. 22 people were killed and nearly 6,000 structures were destroyed. Santa Rosa alone suffered more than a billion dollars in damage. It was the most destructive, and third deadliest, fire in California history.

At the same time, the nearby Nuns, Atlas, and Redwood Valley fires each ranked, on their own, among the top-twenty most destructive fires in state history. Collectively, these four fires burned over 8,000 structures and killed 40 people.

Just two months later, strong winds blew the Thomas Fire across portions of Ventura and Santa Barbara counties at a rate of advance that sometimes reached an acre per second. The 282,000 acres that eventually burned made it the largest fire in modern state history. Two people were killed and the 1,063 structures destroyed made it the 8thmost destructive fire in state history – the third fire to make the top ten list in a three month period. Damages amounted to more than 2 billion dollars.

This week, fires in Northern California have already burned close to 200,000 acres. The Carr Fire, without aid of significant wind, developed a rotating column that generated what amounted to a fire tornado in suburbs of the City of Redding – a terrifying sight that resulted in an astonishing level of destruction. So far, 1,236 structures, including nearly 900 homes have been confirmed destroyed and 6 bodies, including the bodies of two firefighters, have been recovered. Additional people remain missing. The Carr Fire will rank as at least the 7thmost destructive fire in California history – the 6thfire to rank in the top 20 in the past 10 months.

This is the price we are paying right now, today, for inaction on climate change. The bill will only grow steeper in the days, months and years ahead.