Wildflower of the Week: Opium Poppies 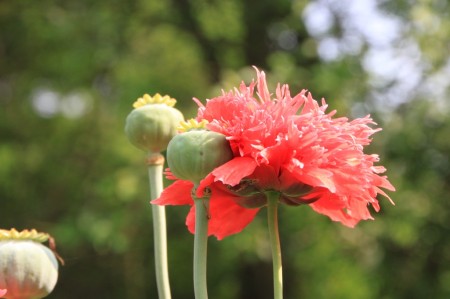 Papaver somniferum, the opium poppy, in one of its many guises (Photo: publicphoto.org)

We’re making opium poppies our Wildflower of the Week due to an article on page 11 of this week’s Carmel Pine Cone concerning an alert Carmel police officer who discovered an opium poppy growing on a city easement along the side of a Carmel street. The offending plant, you’ll be glad to know, was seized before it could further damage the town’s moral character. After the plant tested positive for morphine, down at the station, it was renditioned to a federal crime lab for “further analysis.” The article concludes by noting that “it’s unknown who planted the illegal poppy.” Your tax dollars at work. END_OF_DOCUMENT_TOKEN_TO_BE_REPLACED

Los Padres ForestWatch and the California Chaparral Institute today filed a lawsuit seeking to force the Forest Service to comply with federal law and allow meaningful public input into Forest land use decisions. Far from inviting public participation, the Forest Service, as we have often pointed out, usually attempts to conduct planning in total secrecy. END_OF_DOCUMENT_TOKEN_TO_BE_REPLACED

The little apples: How manzanita got its name.  Woollyleaf Manzanita (Arctostaphylos tomentosa) grows along the side of the “Parcel B” trail.

The Right to Hike folks, who’ve been working to maintain public access to the trail connecting Veterans and Quarry Parks in Monterey, have been in a mood to celebrate since the recent court decision confirming the public’s right to use the trail and the surrounding “Parcel B” for recreational purposes. END_OF_DOCUMENT_TOKEN_TO_BE_REPLACED

The Monterey County District Attorney has dropped all charges against Ivan Eberle, the caretaker at the MIRA observatory on Chews Ridge. Eberle had been charged with battery on a firefighter and interference with a firefighter in the line of duty (see earlier post for details). END_OF_DOCUMENT_TOKEN_TO_BE_REPLACED

Just over two years ago, on February 9, 2007, our friend Daniel Vasquez was riding his bike home from work. He didn’t make it. Charles Seaborn, a man who’d been cited for drunk driving in the past, was once again driving drunk. Seaborn hit Daniel so hard that Daniel’s bike ended up embedded in the front of Seaborn’s Range Rover. But Seaborn didn’t stop. He left Daniel dying beside the road.

END_OF_DOCUMENT_TOKEN_TO_BE_REPLACED 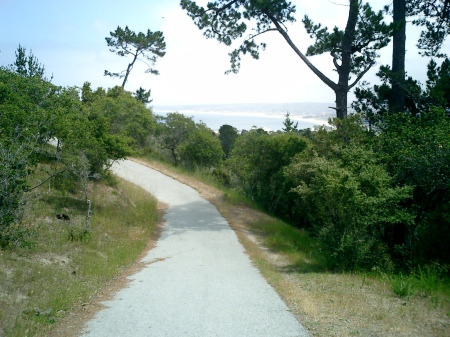 Back in May, we took a look at the misguided efforts of some nearby homeowners to exclude the public from a Monterey trail that’s been in use for longer than anyone can remember.

END_OF_DOCUMENT_TOKEN_TO_BE_REPLACED

Will New Ruling Inspire a Return to a Sane Affordable Housing Policy?

Moro Cojo Low-Income Housing Project Under Construction – California’s 6th District Court of Appeal has now ruled that low-income housing restrictions placed on these homes before they were sold are valid and enforceable. END_OF_DOCUMENT_TOKEN_TO_BE_REPLACED

Well it’s been an interesting year, here at Xasáuan Today. We’ve looked at the Monterey Peninsula’s water supply problems and picked apart the county’s transportation dilemma. We’ve questioned development on eroding beaches and dissected the Light Brown Apple Moth. We’ve chimed in on local political issues. We’ve gone on some bike rides, examined some mushrooms, and even found time for a visit to Pat Springs.

But nothing gets attention quite like a fire. END_OF_DOCUMENT_TOKEN_TO_BE_REPLACED

The High Cost of Life in the Surf Zone

We’re thinking of starting a betting pool. Exactly how much money will owners of doomed Monterey Beach properties like the Ocean House Condos and the Monterey Beach Hotel spend on trying to save them – and how much time will that money buy them – before they’re forced to throw in the towel?