Wildflower of the Week: Checkerbloom 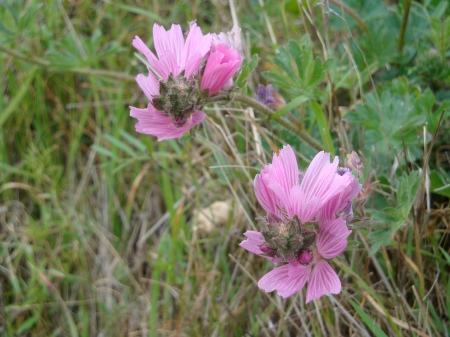 There isn’t a lot in flower out there yet, but one thing that quickly responded to the mid-January rain (at least along the coastal terraces) was checkerbloom. This member of the Mallow family generally prefers open meadows, but is also quite common in the pine forests of the Monterey Peninsula.

Checkerbloom flowering amid chunks of limestone in the proposed East Molera Wilderness.

East Molera produces some of the best displays of checkerbloom anywhere. This photo was taken on March 28, 2010. 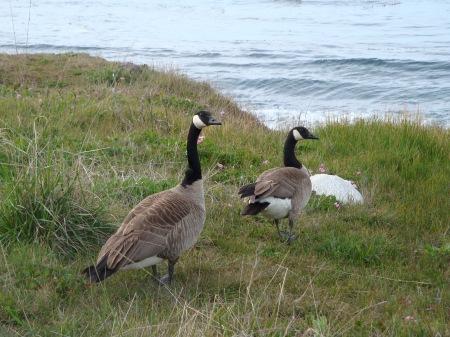 A pair of Canada geese inspect the checkerbloom on the coastal terraces at the north end of Pt. Lobos. This is probably the best place to see checkerbloom right now.

This entry was posted on Wednesday, February 1st, 2012 at 9:24 pm and is filed under Big Sur, Plants, Santa Lucias, Wildflowers. You can follow any responses to this entry through the RSS 2.0 feed. You can leave a response, or trackback from your own site.

One Response to Wildflower of the Week: Checkerbloom