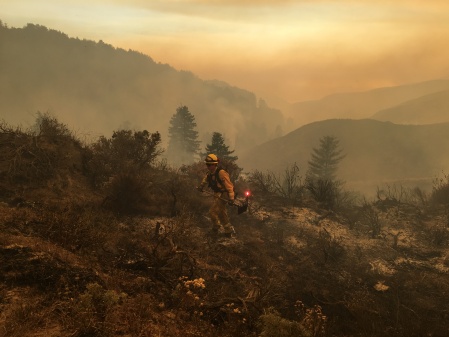 As the twelfth, and hopefully final, week of the Soberanes Fire begins, 132,100 acres have burned and containment has reached 98%.

Some of the best information currently available on the state of the burned area is contained in the recently released Soberanes Fire Watershed Emergency Response Team (WERT) Report.

The first significant rain of the season may arrive during the coming week. Hopefully, it will be enough to put the fire definitively out, but not enough to set off damaging debris flows in denuded watersheds.

This entry was posted on Friday, October 7th, 2016 at 9:33 am and is filed under Big Sur, Fire, Flood & Apocalypse, Santa Lucias. You can follow any responses to this entry through the RSS 2.0 feed. You can leave a response, or trackback from your own site.