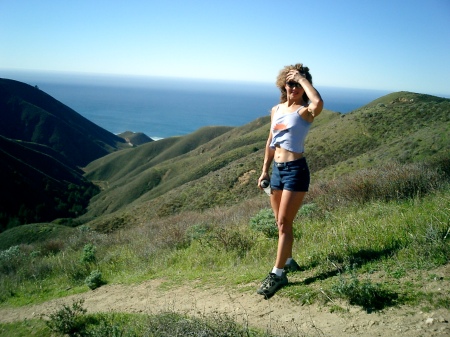 Garrapata State Park is scheduled to close next Sunday, July 1

When Gov. Brown announced plans last year to save $22 million by closing 70 of California’s State Parks, it was immediately obvious that it wasn’t really about the $22 million. It’s not just that $22 million isn’t going to have a noticeable effect on a deficit exceeding $15 billion, it’s also that the economic activity created by the parks so greatly exceeds the projected “savings” that closing parks is likely to cost the state more money than it saves.

And there are other potential liabilities associated with closing parks. Take fire, for instance. With major wildfires in California costing about $2.5 million per day to fight, if lack of patrols in closed parks results in even one small fire going big, the entire amount being “saved” could be wiped out in less than 10 days. The eventual cost of a single such incident could exceed the hoped for savings many times over.

So, seeing as the Governor’s a pretty bright guy, and more than capable of doing the math, we think it’s safe to say that what’s really in play here is an effort to get through to people that if they want to live in a state with “first world” amenities, like parks, maintained roads, effective schools, competent fire and police protection, etc., they’re going to need to stand up and do something about it – something, for instance, like voting for the Governor’s California Sales and Income Tax Increase Initiative this November (which would raise state sales tax from 7.25% to 7.5% and increase income taxes on people with incomes exceeding $250,000 for seven years).

In any case, people have banded together to save their favorite parks and more than 30 of the parks originally slated for closure will now stay open (for as long as the private money being raised to support them holds out anyway). But, in spite of the fact that it is one of the most intensely loved and heavily used pieces of public land in Monterey County, no one has stepped forward to pay for Garrapata. Which means we are now on the verge of finding out what “closing” a park like Garrapata actually means.

Garrapata, of course, has no parking lots or roads to gate off. Users park in the Highway One right-of-way and enter through multiple trailheads. As the Coastal Act probably won’t allow State Parks to cut off coastal access, they likely won’t be able to even post the trails on the west side of the Highway as closed.

And if they decide to bar access on the inland side, how will they enforce it? The Rocky Ridge/Soberanes Canyon loop trail, the most popular trail in the park (maybe in all of Monterey County), has been posted as closed for years now, yet is more popular than ever. Hundreds of people hike it every weekend in spite of the “Trail Closed” signs. And with all maintenance already performed by volunteers, and park personnel spotted on the premises less often than dark watchers and UFOs, it’s difficult to see how the closure will make any difference at all – or save any money. 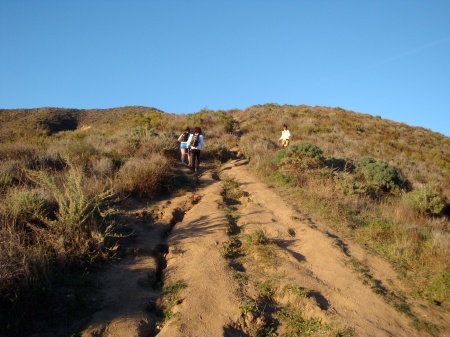 Maybe the closure will pass unnoticed. Maybe State Parks will fence off the trailheads and cause an outrage. Either way, we’re definitely going to keep an eye on how this bit of political theater plays out on the ground. 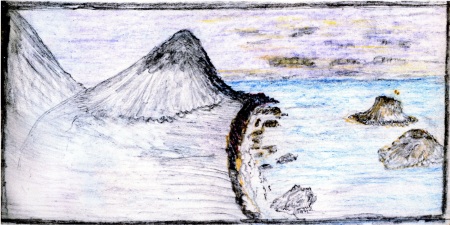 Soberanes Point, as drawn by Rosa Laura Soberanes about 1888. Rosa was one of the twelve Soberanes children who grew up on the ranch that now comprises much of Garrapata State Park

This entry was posted on Saturday, June 23rd, 2012 at 1:33 pm and is filed under Big Sur, Politics, Santa Lucias. You can follow any responses to this entry through the RSS 2.0 feed. You can leave a response, or trackback from your own site.